How do RTDs Work?

Platinum is the most commonly used metal for RTD elements due to a number of factors, including its (1) chemical inertness, (2) nearly linear temperature versus resistance relationship, (3) temperature coefficient of resistance that is large enough to give readily measurable resistance changes with temperature and (4) stability (in that its temperature resistance does not drastically change with time).

Other metals that are less frequently used as the resistor elements in an RTD include nickel, copper and Balco.

RTD elements are typically in one of three configurations: (1) a platinum or metal glass slurry film deposited or screened onto a small flat ceramic substrate known as "thin film" RTD elements, and (2) platinum or metal wire wound on a glass or ceramic bobbin and sealed with a coating of molten glass known as "wire wound" RTD elements. (3) A partially supported wound element which is a small coil of wire inserted into a hole in a ceramic insulator and attached along one side of that hole. Of the three RTD elements, the thin film is most rugged and has become increasingly more accurate over time.

Why are RTDs sometimes called 2, 3 or 4 wire RTDs? And why would I want one RTD wire configuration instead of another?

A simple rule of thumb is that the more wires an RTD has the more accurate it is. The entire RTD assembly is not platinum. Among other issues, constructing an RTD in that manner would for most purposes be prohibitively expensive. As a result, only the small RTD element itself is made of platinum. As a practical matter the resistance value of the RTD element would be useless without a means to communicate that resistance to an instrument. Accordingly, insulated copper wires typically connect the RTD element to the measuring instrument.

Three wire RTDs are the most common specification for industrial applications. Three wire RTDs normally use a Wheatstone bridge measurement circuit to compensate for the lead wire resistance as shown below.

In a 3 wire RTD configuration, Wires "A" & "B" should be close to the same length. These lengths are significant because the intention of the Wheatstone bridge is to make the impedances of wires A and B, each acting as an opposite leg of the bridge, cancel the other out, leaving Wire "C" to act as a sense lead carrying a very small (microamperage range) current.

4 Wire RTDs are even more accurate than their 3 wire RTD counterparts because they are able to completely compensate for the resistance of the wires without having to pay particular attention to the length of each of the wires. This can provide significantly increased accuracy at the relatively low cost of increased copper extension wire.

What are the common components of an RTD?

RTD platinum resistance element: This is the actual temperature sensing portion of the RTD. Elements range in length from 1/8" to 3". There are many options. The standard temperature coefficient of resistance (TCR) is an alpha of 0.00385 and the standard resistance is 100 Ω at 0° C. LRTD-1/2/3 data logger supports both 0.00385 and 0.00392 TCRs and all PT100, PT500 and PT1000 RTD sensors. The custom equation SiteView software provides can easily accommodate any special RTD sensors.

RTD cold end termination: RTDs can terminate on the cold end with plugs, bare wires, terminal heads and any of the reference junctions common to thermocouples. 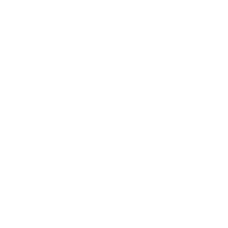